Peak Oil is usually discussed in the context of a supply or production limit. This is certainly an important element of the Peak Oil Dynamic (as I have defined the term) that I’m interested in. However, the demand for and consumption of oil is just as important.

This post is meant to be a highlevel look at who is currently consuming the oil and will sketch out some areas that will likely drive the content of this blog going forward. 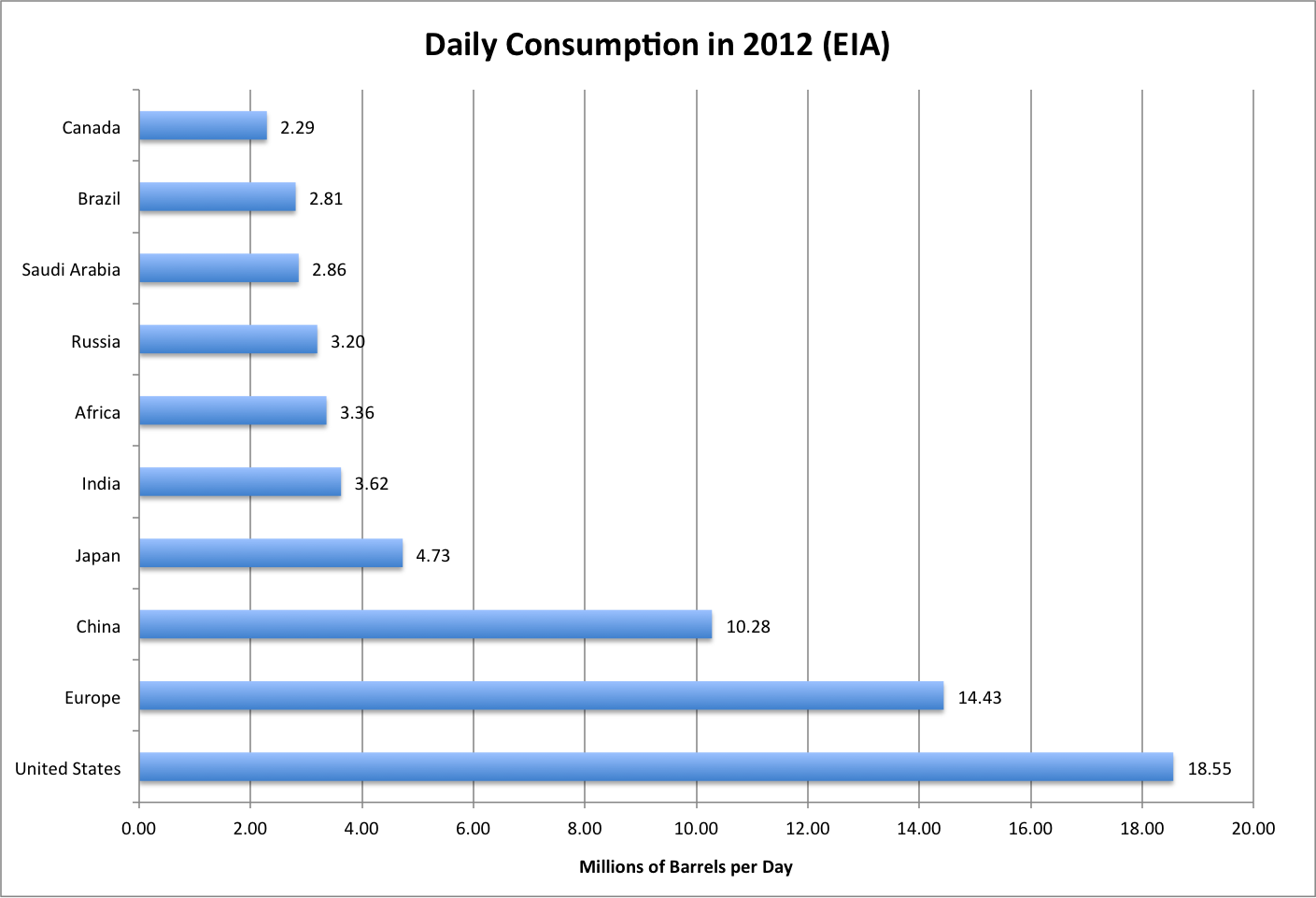 I’ve aggregated consumption in African and European countries. In the following time series, the most interesting trends would be the apparent peaking of American and European consumption and the steady and rapid growth in Chinese consumption. These are the gross numbers that are usually discussed (particularly when discussing the rise of China), but a lot of context is lost on these numbers. 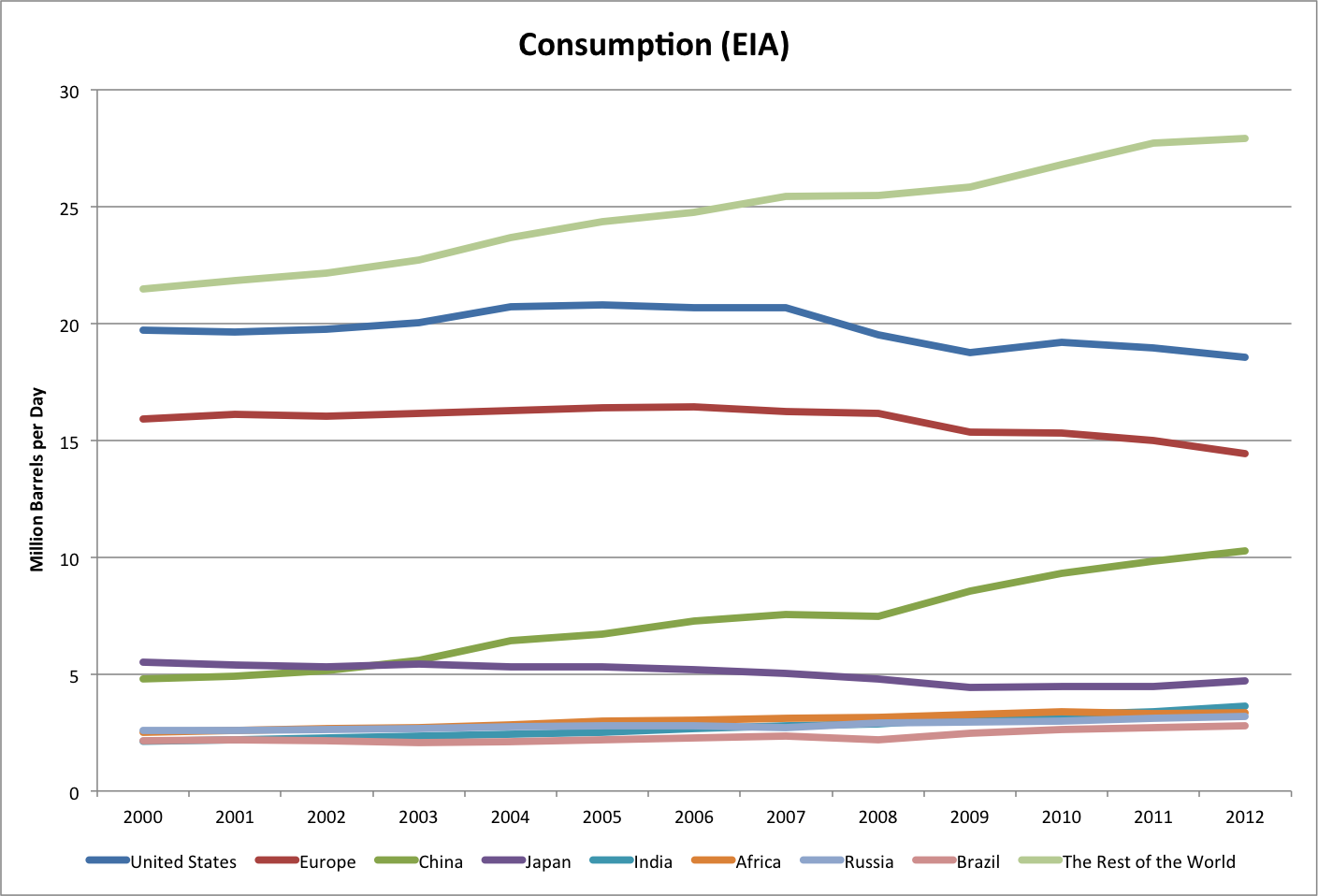 My contention is that aggregate consumption can be discussed in three main groups: (1) those who have long consumed as much as oil they'd like, (2) those who are transitioning to a phase where they can consume as much oil as they'd like, and (3) those who are effectively consuming no oil.

For ease of discussion, I will probably use Europe and America as a proxy for (1), China for (2), and India/Africa for (3) 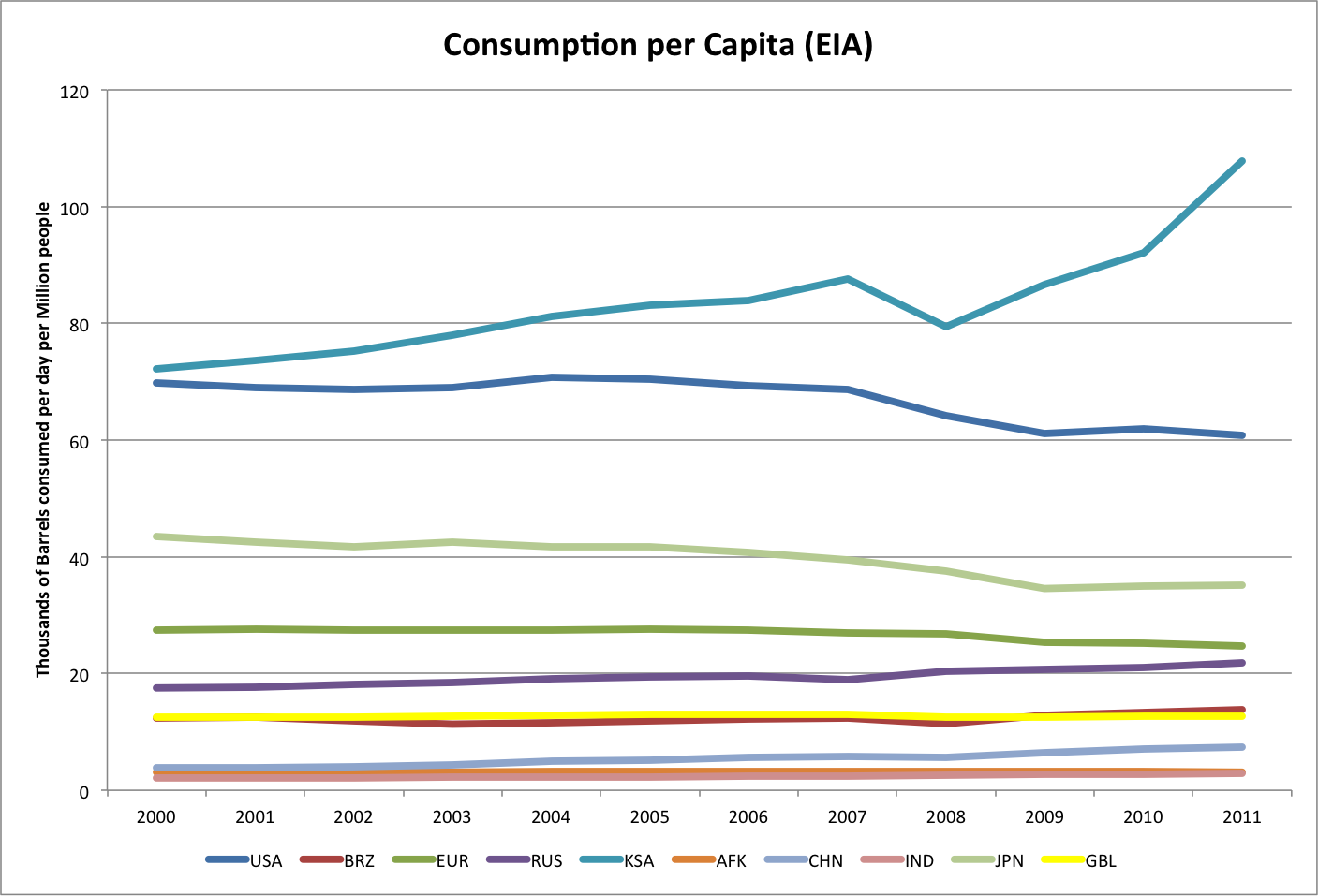 Some of the context that gets lost when discussing aggregate numbers is captured when the we look at per capita consumption. The gap in population adjusted consumption between the big consumers is startling.

My interest is not to make any claims about a right level of consumption or to make any qualitative judgment on consumption habits; but simply to judge how consumption habits might evolve and the resulting impact on the POD. Combining an analysis on what countries "might want to consume" will focus more on per capita, or per unit of GDP type of numbers. The aggregate supply and demand numbers bring about the POD where we consider physical limits and market implications.

Speculating on the following questions will be my areas of interest on what I deem the demand side of the POD:

Email ThisBlogThis!Share to TwitterShare to FacebookShare to Pinterest
Labels: The Demand Side