I had always glanced over the term Barrel of Oil Equivalent (BOE), and just assumed that it was, well... the same thing (essentially) as a barrel of oil. But what exactly is it? I'm also going to touch on Oil being called Oil that kind of isn't really Oil.

Natural Gas described in terms of Barrel of Oil Equivalent: 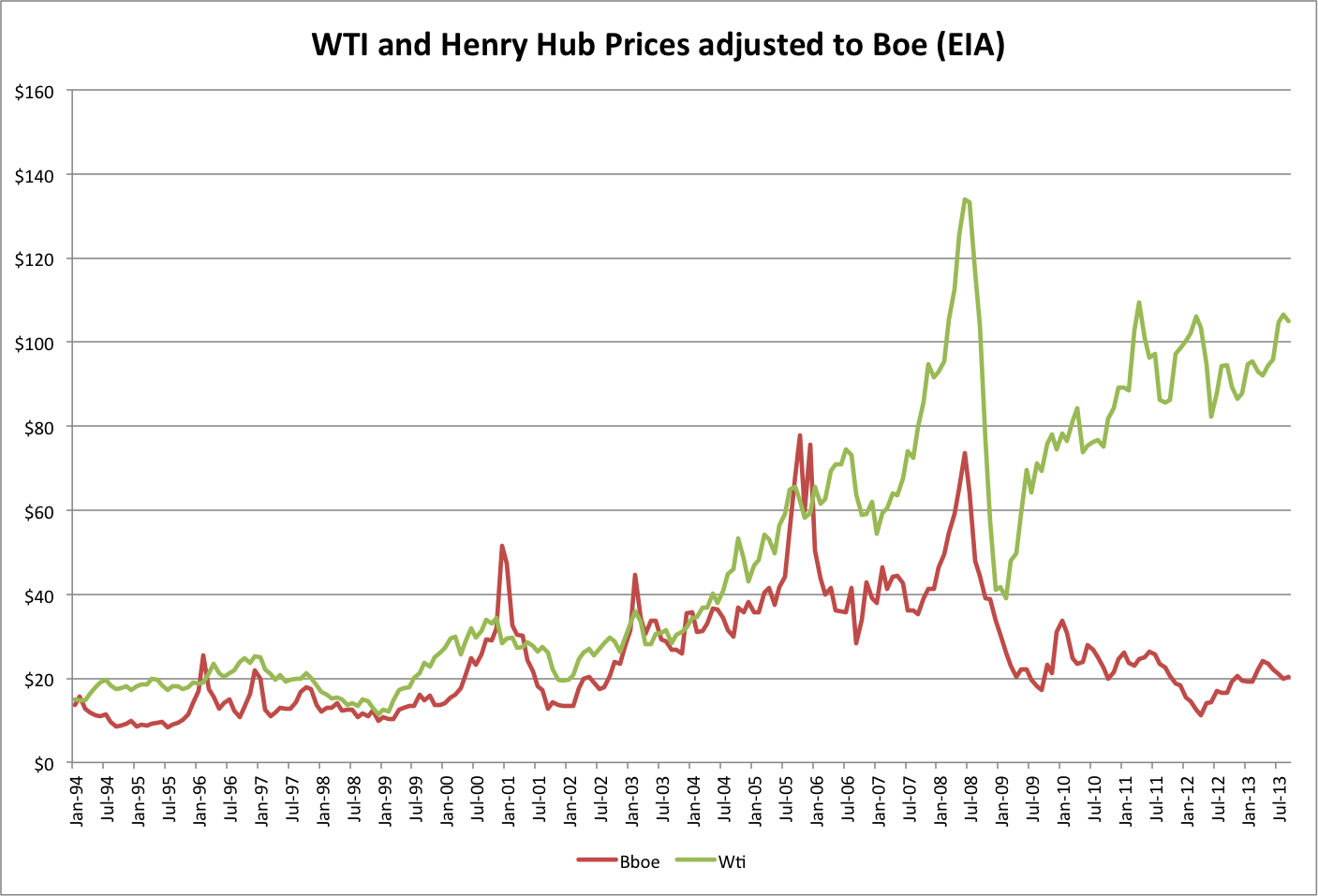 This distinction should draw an even closer look when considering non-conventional plays with significant gas production, since high initial production and rapidly decreasing production levels are typical. The well economics are such that the current spot price basically determines the Net Present Value (NPV) since the combination of discounting and the very high decline rates often render future production inconsequential in determining the profitability of the upfront costs.

Oil that isn't really oil, but is kind of like oil (condensates in this case):

Up until the divergence in price between Natural Gas and Oil, Natural Gas Liquids would often be reported simply as oil production, similar to condensates now. Of course, to my limited understanding, condensates are significantly more like oil in the sense that NGLs are derived off lease, where as condensates take liquid form at surface temperature and pressure (I'll have a post on this stuff later). Currently, condensates seem to be priced close enough to oil to render a breakout of the two production levels unwarranted. However...

In this article on the Motley Fool Peter Horn discusses a comment made by EOG's Chairman and CEO Mark Pappa in which he hints at a possible softening in the condensate market (relevant to the Eagle Ford tight oil play in Texas). Horn also attached the following figure from EOG's latest slide deck:

The key point here, assuming accuracy, is that acreage beyond EOG's is dominated by condensates. If a similar push was made to break out condensate production (as occurred for NGL) from oil production. I wonder what impact this would have on market sentiment. I'll have another post soon discussing tight oil production, the impact it is currently having and speculate about the impact it will have going forward. Calling Eagleford's condensate, condensate, rather then oil would certainly change a few headlines.

That's not necessarily a bad thing. As a freemarketeer at heart I don't subscribe to the doomsday scnerios that seem to pop up at the end of many Peak Oil (or climate change, or Quantitative Easing, etc., etc.) discussion. Solutions will figure themselves out. According to this Blatts summary of an ESAI study (paywalled):


But in the announcement of its release, ESAI says its estimate is that the output of NGLs — which it defines as  NGLs/LPGs, ethane, condensate and naphtha — will hit 29.7 million b/d in 2023. Taking out ethane, which ESAI does not classify as a liquid, supply of those categories will be 26.2 million b/d out of total supply just over 100 million b/d.

If we're going to satisfy the growing appetite for energy with fossil fuels, we're going to need all the liquids we can get. These lesser sources will be crucial.
Posted by Unknown at 10:52