In this five part post I'll take a look at the five story lines that I expect will be the most interesting for me to follow in 2014.

There is no questioning the production numbers of the US. And there's no question where that resurgence has come from. The shale plays in North Dakota and Texas. 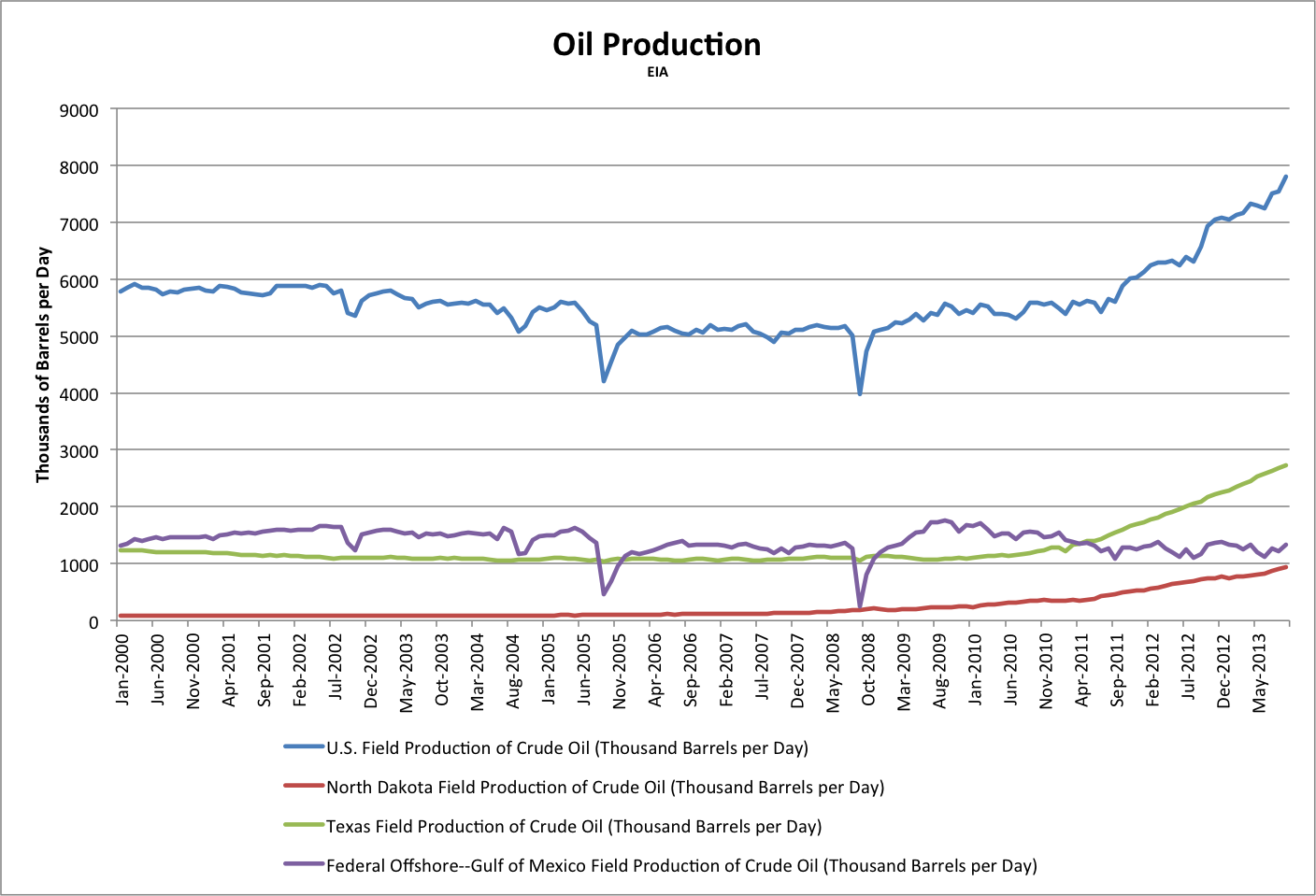 The multi-multi-multi-million dollar question is how this production trend evolves going forward. In this post by James Hamilton on Econbrowser he raises the possibility that the US EIA's projected tight oil production numbers might underestimate their potential, as they have consistently done in the past (this April the 2013 AEO report predicted 2.3 mb/d from tight oil formations while December's 2014 AEO early release shows 3.5 mb/d).

What makes this story particularly interesting is that the increase comes from 'tight oil' in an inherently different animal then conventional oil. As this EIA graph shows: In his initial "Run with "The Red Queen"" article Rune Likvern offered a pretty compelling argument (that I still buy) for mapping out the future prospects of the Bakken (the analysis should be roughly analagous to high depletion wells in similar tight oil plays like the Eagleford in Texas) whose conclusion, that this play would not be the long run panacea described in the media, rested on the premise that the Bakken's high decline rates require increasing drilling rates to maintain increasing production rates.

With drilling rates contingent on the relative profitability (resulting from the creaming effect, the price of oil, access to operational capex, etc.) of new wells Likvern suggested that the downside risk of these factors outweighed the upside potential. He suggested that Bakken production would be hard pressed to exceed the then current (2012) rates in the 600,000-700,000 bp/d range.

We know this hasn't proven accurate. With the EIA reporting that Bakken production will top the 1M bp/d mark this month. That in itself makes for a big story. And sets up tight oil to be of interest going forward.

The main reasons that I can identify are for Likvern's approach to still hold weight (despite the miss on peak level) are: (1) The sweet spots aren't as limited as expected. (2) The production requirement to maintain acreage has allowed for more productive infill drilling then expected (companies drilling the minimum required to hold acreage rather then the optimal for exploitation). (3) Drilling and competition costs have been brought down.

That the Bakken (and EFS) has maintained production growth through 2013 is huge. Here's hoping for the same in 2014.